Unlike speech and the written word, the dialogue the viewer has with an image is non linear and, as the dialogue is voluntary, it can be non existent. Engaging with an image, like everything else in life, improves with practice and is, largely, something that the viewer gives their self permission to do. It can be blocked entirely for all sorts of reasons, mood, environment, disinterest, boredom and sensory overload, as in a museum or gallery where there are too many items and too much information on display.

The oft used expression ‘the camera never lies’ is really a ludicrous statement as much as, ‘A bus never lies’ or ‘a can opener never lies’ would be. To even consider that a camera might or could lie is anthropomorphic nonsense, it’s just a machine. It is the person using the camera who takes meaningful images and as such, every picture represents the view of the photographer and an image can be very deceptive indeed.  Every picture has a context, be it a war zone, a rural landscape or a portrait and it is that visual context that has the first impact. The story then is about what the context is portraying and the story it contains and there is plenty of room for deception there, both in the photographers intent and the viewers interpretation of the photographers intent and of the image.

Images, then, are fertile ground for the imagination and ones internal dialogue, the level of engagement with an image is decided by the viewer, even to none at all through simply browsing with ones mind pretty much switched off.  As a photographer and graphic artist the narrative of vision is everything to me and accounts for my life long love of visual imagery.  Whilst I can and do engage with others about the visual narrative I seldom include my own narrative with my work because I believe that is the viewers prerogative and I have no desire to control or influence that.

Where I do include words, they are usually added to the image for social, political or satirical reasons. 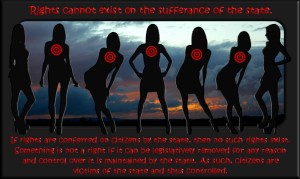