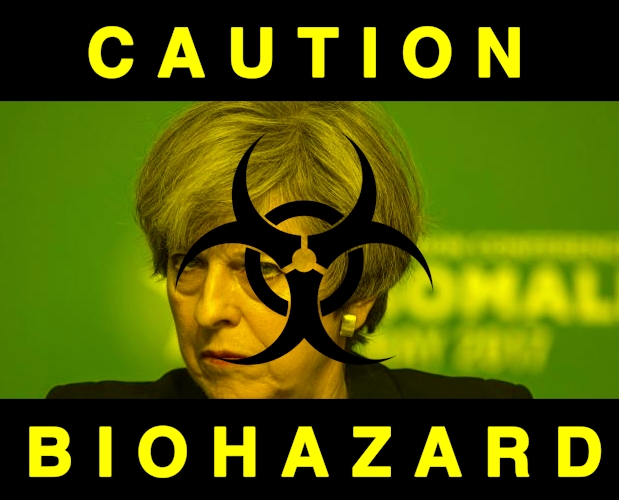 In the Tory mindset, the lives of ordinary people have no intrinsic value. Our value is measured only in terms of our utility in creating wealth, all other aspects of our humanity are treated as useless and a drain on the ‘free’ markets, including thought, child birth and rearing and our most basic human rights and needs.

The financial markets are treated as more valuable than life, yet without human life there would be no markets at all.

The Tories value as supreme those who control and hoard money and expect the rest of us to feed their greed. Anyone who is not participating in feeding market greed is treated as superfluous to requirements, humiliated, punished and eradicated through deceitful policies of attrition and persecution.

David Freud said, “people who are poorer should be prepared to take the biggest risks as they have the least to lose.” and he also said disabled people are, “not worth the full wage”.

Anyone who measures the worth of life in monetary terms is a stain and a blight on humanity.

Currently, the duplicitous National Living Wage, which is actually the new minimum wage, is £7.50 per hour for those over 25.

£7.50 per hour is an insult to our humanity. They are telling us that an hours labour is worth less than one bloody plastic DVD, less than a mass produced Aluminium 20cm Saucepan from Tesco. The current real living wage is £9.75 per hour for London and £8.45 per hour everywhere else, and that’s not much to write home and brag about.

We’re so used to being totally undervalued we undervalue ourselves. We’re treated like shit and the Tories get away with insulting us with £7.50 per hour and companies are doing everything they can to deny us full time work or even the minimum wage in Damian Green’s bastard (sorry – “exciting”) gig economy.

Britain is now a country where poor, disadvantaged, traumatised and destitute people must be punished and forced to pay a premium rate penalty for their poverty. The Tories are stealing even the basic necessities of life and then punishing those they already persecute.

Oxford is threatening homeless people with a £2,500 fine because they are “having a detrimental effect… on the quality of life of those in the locality”. When you are literally on the floor, homeless and destitute, non-people, persona non grata, only a moron or a sadist would think the solution is a £2,500 poverty penalty.

Let’s take it as self evident that Tories (who are barely holding Oxford) are morons but they are sadistic morons and they are running a pogrom of social cleansing. There is a magic money tree for the rich and eradication for the everyone else.

They began with poor, sick and disabled people (the war on the poor) and have been escalating it ever since. They have weaponised money and are conducting economic warfare. They have absolute, sovereign control of the money supply. If people go to the banks or money lenders for loans all they obtain is a debt plus interest. People bargain their labour for debt, and if their labour is so undervalued that it doesn’t even provide enough to live on, they become debt slaves. If people want an education, they now begin their working life as debt slaves.

We have been robbed of our bargaining power, health, safety and employment rights. We have no recourse to justice because justice is only available to those who can afford for it.

We are slaves to market forces, the average market rent is £921 a month and they have destroyed social housing.

A new indignity has just emerged, hygiene poverty, personal hygiene or eat and we even have a tampon tax.

All of this, all of it, is driven by government policy. There are no natural forces at work here, the natural primal needs of life are being wilfully denied and penalised. Living has become a crime for which millions of people are being punished, sanctioned and murdered.

And the only defence the Tories have is to lie about it, to parliament and via the media and their own propaganda in which they invest millions of pounds.

They have no legitimacy, they have attempted to buy what meagre authority they claim to have, they have no mandate, no manifesto. We do not have a government, we have a cabal of thieves, a mafia, an extreme terrorist organisation, on organised crime syndicate, a bunch of gloating, braying, thugs.

They won’t walk out so they must be pushed, by every means of resistance and protest we have available, words, non-violent action, resistance and civil disobedience. They have the means to resist violence and will not hesitate to use it, not least because our lives are so cheap to them and they have nothing but contempt for us. But constant, sustained and relentless pressure they cannot prevent and they cannot suppress. Freedom of expression is available to everyone, the right to speak, the right to write, the right to protest, the right to peaceful assembly, these freedoms exist by right of being alive, inalienable, self evident, contained in our being, constrained only by fear, expressed by boldness and courage in the face of an implacable, brutal, enemy. We can spread information like the plague or virus they think we are, informing others.

We have a government in waiting, a national leader worth having, supported by ever growing numbers as people wake up to the reality of lethal Tory brutality. It is only a matter of time. The Tories must go! If you will pardon me for stating what should be the absolutely bleeding obvious to anyone but a Tory, people must come first for life and living.

4 thoughts on “The Tories must go!”