Professor Majid Ezzati, senior author of the research from Imperial’s School of Public Health, “We currently have a perfect storm of factors that can impact on health, and that are leading to poor people dying younger.” 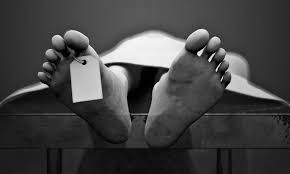 In 2014, public health experts from Durham University denounced the impact of Margaret Thatcher’s policies on the health and wellbeing of the British public in research which examined social inequality and injustice in the 1980s.

The study, which looked at over 70 existing research papers, concludes that as a result of unnecessary unemployment, welfare cuts and damaging housing policies, the former prime minister’s legacy includes the unnecessary and unjust premature death of many British citizens, together with a substantial and continuing burden of suffering and loss of well-being.

The research shows that there was a massive increase in income inequality under  the Thatcher government – the richest 0.01 per cent of society had 28 times the mean national average income in 1978 but 70 times the average in 1990, and UK poverty rates went up from 6.7 per cent in 1975 to 12 per cent in 1985.